Why wouldn’t you file a gift tax return if you made a taxable gift? Well, for a lot of people, the answer might be “I didn’t know it was required.” But, in this case, Redstone argues the transfer wasn’t gift, but rather the result of an “intra-family lawsuit” and thus “an ordinary business transaction.”

So, how long does (or can) the IRS scour your financial history to find taxable gifts? Well, it seems they do (or can) go back some 41 years. Whether you are a billionaire or a regular “Joe,” this case is worth watching.

You can get the high points of the case from a recent Bloomberg article titled “Billionaire Redstone Challenges IRS on Tax for 1972 Gift.” Normally the IRS is bound by a statute of limitations set to about three years. However, an exception to this rule includes the failure to file a tax return like the allegedly missing gift tax return of Mr. Redstone.

Apparently, the difficulty arose over certain shares of National Amusements Inc., and a family lawsuit resulting in a “transfer” of shares. The IRS is now calling that “transfer” a “gift” with $1.1 million in taxes, penalties, and interest due and owing.

According to Richard Behrendt, a former estate and gift tax auditor turned director of estate planning, “This is unheard of… I can’t remember ever hearing of anybody going back 41 years to raise an issue. It’s really unprecedented in my experience.”

Note: Mr. Redstone may have become a target, given the fact he is the chairman of both Viacom and CBS, not to mention National Amusements and all the related subsidiaries of the three. Reportedly, Mr. Redstone is worth approximately $4.9 billion. Nevertheless, this 41-year-look-back is a troublesome precedent.

The take-away (even if you have a smaller fortune) is that timely filing of an accurate gift tax return will start the clock running on a three-year statute of limitations. If no gift tax return is filed, the statute does not apply. Thus, if a taxpayer fails to file a gift tax return, the IRS can pursue you indefinitely.

Traveling abroad can be exhilarating enough, but living abroad comes with a whole other level of excitement … and even some hitches if you aren’t careful. If you are one of those hopping back and forth across a U.S. border, beware of the financial hurdles and heightened attention of the IRS.

If you are no stranger to frequent border traffic, then likely you are aware of the recent adjustments in IRS practice, not to mention several large developments involving overseas accounts and income. Essentially, the IRS is on a mission – it wants to capture more and more overseas accounts and assets taxable under U.S. law. How? By working in sync with international banking institutions.

The problem has been growing with the surge in IRS attention to the matter and The New York Times tackled the issue not too long ago in an article titled “Overseas Finances Can Trip Up Americans Abroad.”

Bottom line: if you’re going to be crossing borders regularly, whether for work, for family, or even as part of your retirement, then this is an important reminder about the hurdles those little lines on the map can pose if you aren’t careful. Whether you work, live, or retire abroad, it’s important to be aware of the new international complications.

April 15 is approaching fast, and the tax man is ready to collect. Just make sure you don’t overlook one important tax return – the one for any taxable gifts in 2012.

The humble gift tax return is among the easiest tax document to forget, but it’s also one of the most important to get right. After all, the return is what the IRS uses to assess any possible gift tax. Even if you don’t actually “owe” any gift tax, you still must file the return.

Gift tax returns that raise red flags or don’t get filed in the first place can be audited just like any tax return. No audit is a good audit.

So, if this is new information to you and you are not ready to file your Form 709, then you can get an extension by filing a Form 8892. Perhaps you need more time to get everything properly documented.

The original Forbes article also has some pointers when it comes to extensions. However, any gift tax must be paid by April 15, if any is owed. Otherwise, you will be hit with interest and potential penalties.

This is a hot topic this year, since 2012 was such a big year for gifting. 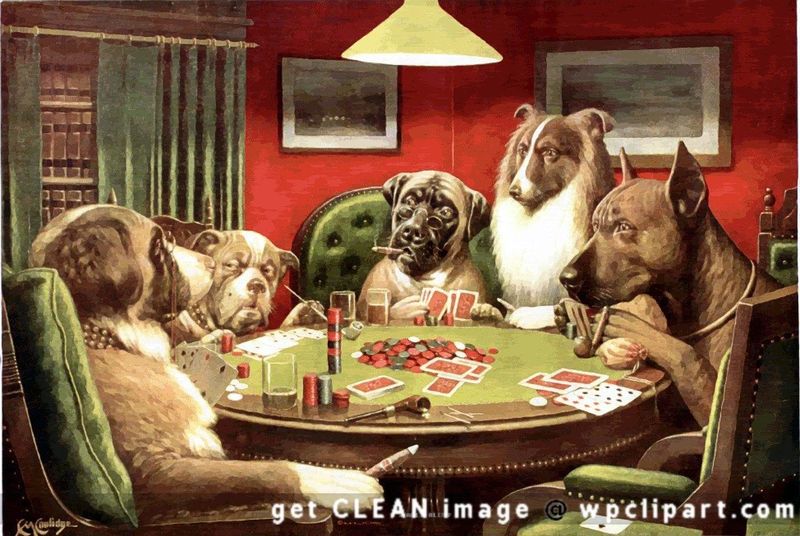 Procrastinating on Filing Your 2012 Tax Return? Don’t Sweat It

According to Psychology Today, "Everyone procrastinates sometimes, but 20 percent of people chronically avoid difficult tasks and deliberately look for distractions—which, unfortunately, are increasingly available."  Whether you are among the 80 percent or the 20 percent, don't feel guilty if you're procrastinating filing your 2012 income tax return. You've got a good excuse!

Because Congress waited so long to act on the so-called fiscal cliff bill (American Taxpayers Relief Act of 2012), the IRS has had to prepare new tax forms and develop and test software programs to accommodate all the of last-minute code changes. In fact, the IRS still needs time to prepare dozens of forms and software programs for new and retroactive tax exemptions, credits, and other provisions. As a result, the Boston Globe article "Delayed forms give new excuse to procrastinators" reports that "about 27 million Americans won’t be able to file 2012 tax returns until late February or even March, as the IRS tries to ready and distribute all the necessary forms."

The IRS says the delayed forms cover about 30 tax provisions, including the general business tax credit, the mortgage-interest credit, and the work-opportunity credit. They also need to process a number of energy related tax forms, such as for residential energy credits and for plug-in electric car credits.

So, for once at least, there's no need to feel guilty about a little tax-time procrastination. Remember, though, that while Congress and the IRS extended their own deadlines, they won't extend yours. April 15 is still the filing deadline for 2012 taxes.

Tax specialists also advise you to take note of certain retroactive changes that could affect your 2012 taxes:

Alternative Minimum Tax. The AMT standard exemption jumps to $50,600 from $33,750 for individuals and to $78,750 from $56,600 for married couples. The recently enacted tax deal also indexes the AMT threshold to inflation.

American Opportunity Tax Credit. This credit up to $2,500 for expenses incurred during the first four years of college was reinstated for 2012 through 2015.

The Revival of the Energy Tax Credit

The Fiscal Cliff deal seems to have something for everyone, although some will benefit more than others. If you are wondering what happened to those ever popular energy tax credits, you may be pleasantly surprised. The American Taxpayer Relief Act includes up to $500 in tax credits for certain energy-efficient home upgrades. The credit is retroactive to 2012, so if your project qualifies, you could get some money back for last year’s work. You could get a credit against your tax bill for 10 percent of the cost of materials for insulation, exterior windows and doors that meet Energy Star standards, and certain roofing materials (metal roofs with pigmented coating, or asphalt roofs with cooling granules). According to Forbes, here is how it works: So if the cost is $5,000, you get the full $500 credit, except for windows, which have a sublimit of $200. Also eligible towards the $500 maximum credit are: central air conditioners ($300), heat pumps ($300), furnaces ($150) and even corn-fueled stoves ($300). A tax credit reduces your tax bill dollar for dollar, so you’re basically getting $500 towards your remodel of $5,000 or more courtesy of Uncle Sam. You claim it on Form 5696 when you file your tax return. One big caveat: the $500 credit is the maximum you can claim for all energy efficient home improvements since 2006. So, if you’ve already taken the $500 credit, you can’t take any more. But, if you haven’t used your credit yet, or haven’t used all of it, you can still let Uncle Sam help pay to make your home more energy efficient. While we’re on the subject, don’t forget that until 2016, homeowners who install solar, geothermal, or wind systems to generate electricity, or in some cases heat water, are eligible for a tax credit worth 30% of the cost of the system, with no upper dollar limit. There also is a tax credit for installation of a fuel cell system to generate electricity. That credit is for up to 30% of the cost, up to $500 per kilowatt of power generated. This credit is also due to expire in 2016. Learn more about those credits on the Energy Star website. Reference: Forbes (January 3, 2013), “Fiscal Cliff Deal Helps Pay For Green Home Remodels”

The bridge is out. As the current tax code barrels down the track there seems to be no one in the engine room. If, or when, the tax code pitches (“sunsets” on December 31, 2012) over the edge, one major casualty will be the current charitable deductions. In many ways, charitable deductions are the common point of unity between savvy tax planners of all income levels. There are so many ways to give, and give wisely. This said, if the current laws change for the worse, either by expiring or by getting twisted in an unfavorable way, it could spell trouble in a host of ways for a host of people. To get a better handle on some problems that may arise and the kinds of steps to take in 2012 while there’s time, you will find plenty of resources to research. Want to get the 2012 deduction, but still have some extra time to think about which charities to benefit? If yes, then consider a “donor advised fund.” Read more about this approach in The Wall Street Journal article titled “Invasion of the Charity Snatchers!” So, you are concerned about facing a maximum cap on your eligible deductions read another WSJ article titled “Charitable Deductions Under Fire.” And, finally, if you are hoping to mitigate the tax burden of taking a required minimum distribution from your IRA by contributing it to charity instead, then don’t miss the Forbes article titled “The IRA Charitable Donation in 2012.” In conclusion, although there remains great uncertainty regarding the future of charitable tax planning, there is plenty of information to keep you informed. Reference: The Wall Street Journal (June 8, 2012) “Invasion of the Charity Snatchers!” The Wall Street Journal (June 8, 2012) “Charitable Deductions Under Fire” Forbes (May 26, 2012) “The IRA Charitable Donation in 2012”

As a Mom with 2 kids, a husband and a Mother in law all living in the same home, I am keenly away of the issues that concern the generations above and below us. As an elder law attorney I have the advantage of being able to spend time finding to solutions to those issues. You may not have that flexibility or freedom and Taking care of your elderly loved ones is a difficult task. It can be emotionally difficult, as well as financially crippling.

In honor of tax season, SmartMoney offers some related articles about often-overlooked deductions that might help relieve some of your financial stress if you are providing such care. The first article is titled Tax Breaks for Helping Relatives and the sequel article is More Tax Breaks for Supporting Relatives.

For example, the most obvious way to realize some tax relief is to claim your elderly loved one as a “dependent.” In addition, do you pay for medical expenses? If yes, then there is a deduction for that.

Regardless, I recommend taking time to read both articles. If this issue does not directly affect you now, it may in the future.

The Ard Law Firm wants to help Houston, Tx families of the Elderly find solutions and peace of mind. Give us a call for a free consults and get on the path to a peaceful solutions.